We all have a superhero inside us, it just takes a bit of magic to bring it out. In Billy Batson’s (Asher Angel) case, by shouting out one word–SHAZAM!–this streetwise 14-year-old foster kid can turn into the adult Super Hero Shazam (Zachary Levi), courtesy of an ancient wizard. Still a kid at heart–inside a ripped, godlike body–Shazam revels in this adult version of himself by doing what any teen would do with superpowers: have fun with them! Can he fly? Does he have X-ray vision? Can he shoot lightning out of his hands? Can he skip his social studies test? Shazam sets out to test the limits of his abilities with the joyful recklessness of a child. But he’ll need to master these powers quickly in order to fight the deadly forces of evil controlled by Dr. Thaddeus Sivana (Strong).

I was not familiar with Shazam until I played 2013’s Injustice: Gods Among Us video game a few years back. Then hearing about the release of this film last year, I said I know this character from playing Injustice. Yesterday I saw Shazam! and I loved it (which I knew I would)..I’m a Marvel fan and I do enjoy watching DC movies and recently I feel the DCEU is definitely stepping their game up. I like the story behind Shazam as far as how he gains his powers and the council/the wizard on how and why he becomes the champion. And hopefully I’m not spoiling anything (I try not too lol) as you read this review. In Shazam! I really did like how much the family concept and creating a home is displayed and discussed when Billy Batson’s stays with his new foster family, they were loving and welcoming. And can we pleaseee discuss Zachary Levi, I mean he  was born for this role, besides being incredibly handsome and charismatic, he embodied this character so well; His acting as a 15 year old boy is so good; Him juggling and learning how to use his powers, makes him into this likable hero; You can tell Levi enjoyed playing this role. I’d also like to highlight the cast that played Billy’s foster family, that family/sibling dynamic, which Billy isn’t probably familiar with definitely stuck with him as you see throughout the film and the ending. This movie definitely sheds a positive light on foster families. Plus with the help from his foster brother, Freddy, who is the superhero fanatic, Shazam was able to discover his powers and more about this hero lifestyle; The villain Dr. Sivana, has an interesting backstory on how and why he became the way he is, let’s just say he wasn’t “pure of heart”. Shazam! has some great action: This, the humor, and Billy becoming Shazam is what makes this film fun. There are some surprises in this film and other great references to the other characters in the DCEU, because who doesn’t love surprises and references. This movie is a great addition to the DCEU, which I knew after seeing the first trailer that this film would do so well and be a really amazing movie; This is an unique superhero film, not like others we’ve seen in a while. Shazam! is fun, entertaining, amazing, funny, heartwarming, and pure magic. I am in love with this movie; It’s actually my favorite movie of the DCEU and I would definitely pay to go see it again; Director, David F. Sandberg did a great job on this film; I recommend this movie to any superhero fan both Marvel or DC, and I think everyone should watch this film; The future is looking bright for DC; Will you be seeing Shazam! this weekend or if you’ve seen it, let me know what you think in the comments below. Thanks for reading ! 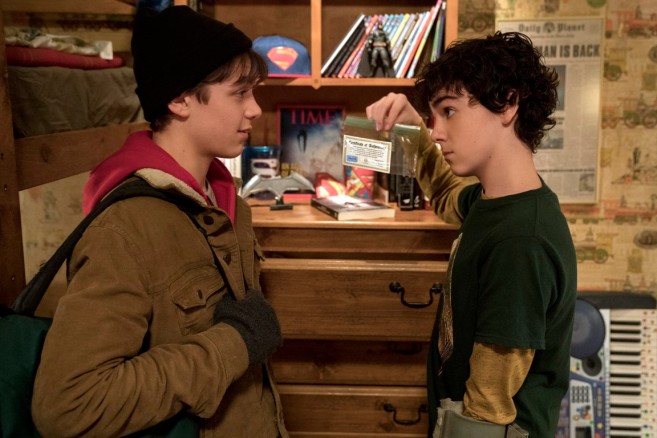