When a massive hurricane hits her Florida hometown, Haley (Kaya Scodelario) ignores evacuation orders to search for her missing father (Barry Pepper). Finding him gravely injured in the crawl space of their family home, the two become trapped by quickly encroaching floodwaters. As time runs out to escape the strengthening storm, Haley and her father discover that the rising water level is the least of their fears.

I enjoy watching disaster and monster movies such as Jaws, Sharknado, and Lake Placid, which are also a few movies that Crawl reminded me of. I haven’t heard about this movie until I’ve seen the trailers when I would go to the movie theater watching other films. This movie review will not be long as this film is a simple, and short film. At 87 mins. the pace of this movie was just right. The movie has a simple plot, but it had you on your toes. The actors in this film did a great job, you were rooting for them to outsmart those alligators and to survive during the hurricane. This movie took place in Florida during a Category 5 storm, and I loved it. Of course you were scared and nervous for the characters, but it kept you on edge. I did not lose my interest and my eyes were glued on every scene; Crawl is just a well paced movie ! The action in this movie was nice and solid, especially those scenes involving those gators, which were sometimes pretty brutal during the attack scenes. This movie has the thrills and suspense, and I was on the edge of my seat the entire time watching this film, which was a pretty awesome feeling. You gotta love simple stories that are told well, because this is a great example of that. Overall I really enjoyed watching Crawl; It is a simple, horror, and edge of your seat suspense movie and to me one of the summer’s best movies of the year ! I hope you guys check this film out; Even though my review may not be extensive, sometimes short and sweet is a good thing lol ! I recommend you all to go see Crawl in theaters, and if you’ve seen it, let me know what you think in the comments below. 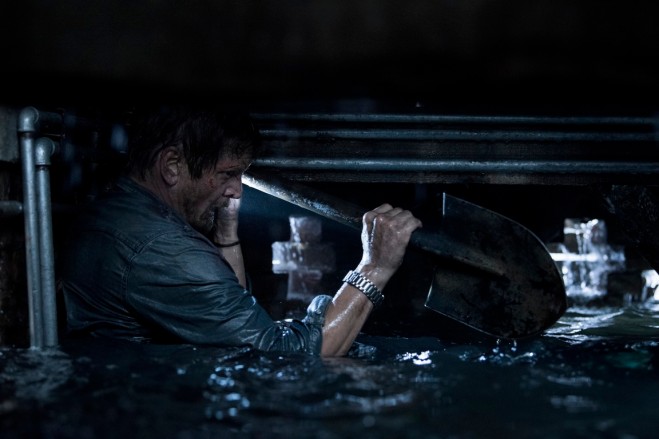